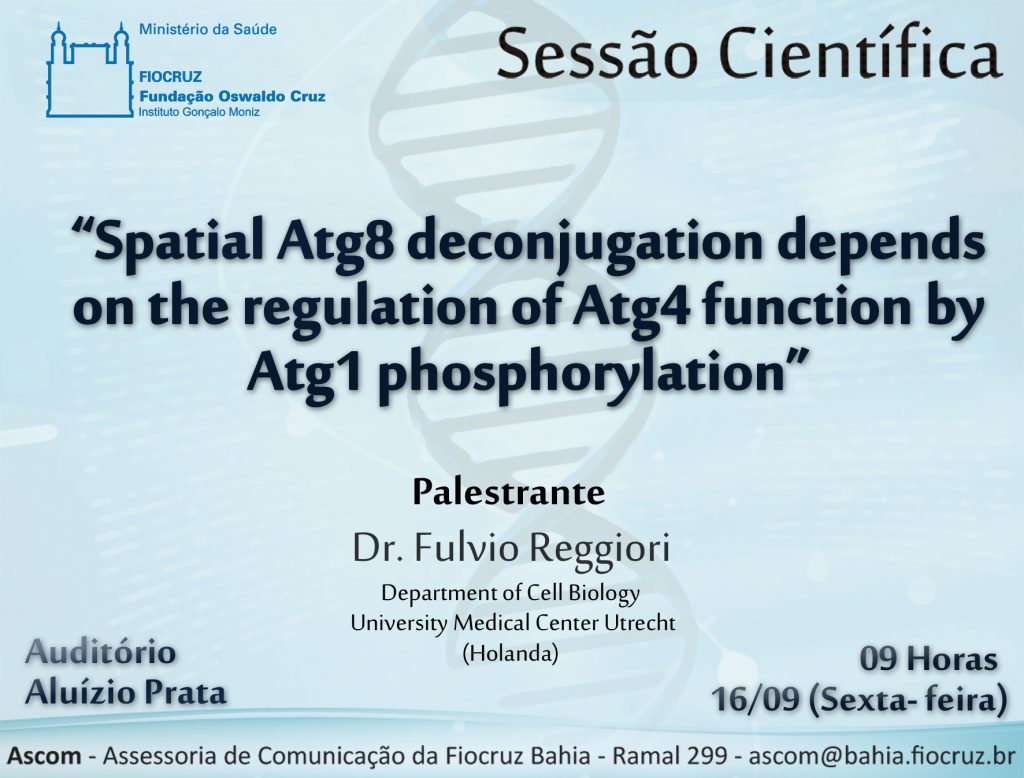 Fulvio Reggiori (1970) studied Biochemistry at University of Fribourg, Switzerland, and in 1997, he obtained his PhD in Biochemistry from the same Institution. Here, in the laboratory of Prof. Andreas Conzelmann, he has worked on the remodeling of the lipid moiety of GPI-anchored proteins and on sphingolipid biosynthesis in yeastSaccharomyces cerevisiae.

After staying one additional year in the same laboratory as a postodoctoral fellow, in 1998, he moved to the MRC Laboratory of Molecular Biology in Cambridge, United Kingdom. There, in the laboratory of Dr. Hugh Pelham, he has investigated the signals targeting integral membrane proteins into the internal vesicles of multivesicular bodies. He characterized ubiquitin-dependent and independent signals, and identified one of the ubiquitin ligases specifically involved in this pathway.

In 2001, he joined the laboratory of Prof. Daniel Klionsky at the Life Sciences Institute of the Michigan University of Michigan in Ann Arbor (USA). There, he started working on different aspects of the molecular mechanism of autophagy in yeast. In particular, he first described the dynamic trafficking of Atg9 and show the involvement in this process of proteins such as Atg1, Atg2, Atg13 and Atg18, and phosphatidylinositol-3-phosphate.

In 2005, Fulvio Reggiori became a tenured Assistant Professor at the Department of Cell Biology of the University Medical Center Utrecht, where he is working on the molecular mechanism and regulation of autophagy using yeastSaccharomyces cerevisiae as a model organism. The laboratory interests are also on pathogens that subvert autophagy to invade and replicate in host cells and a particular research focus has been coronaviruses. Since September 2011, he is an Associate professor at the same Institution.